Former Bigg Boss contestant Sana Khan is seen playing the role of a lawyer who represents the suspects and thoroughly believes her client is innocent.

Apart from that, the film deals with a killer who finds sadistic pleasure in live broadcasting the murder of police officers. Rajniesh Duggal’s character is a suspect who is constantly being grilled by a police officer played by Sharman Joshi.

Sana Khan turns seductress and her sexual encounters keeps the tongues wagging. She offers eye-feast flaunting her curves in a two-piece bikini. The hotness quotient is so high that one would forget its a murder mystery.

'Wajah Tum Ho' is about a business tycoon (Rajneesh Duggal) facing murder charges. While Sana Khan reprises the character of a Lawyer, Gurmeet Chaudhary does the role of Prosecution Lawyer. One thing in common between Rajneesh Duggal and Gurmeet Chaudhary - Sana Khan. Its her dare-bare acts which gonna set the cash-registers ringing at the Box Office. 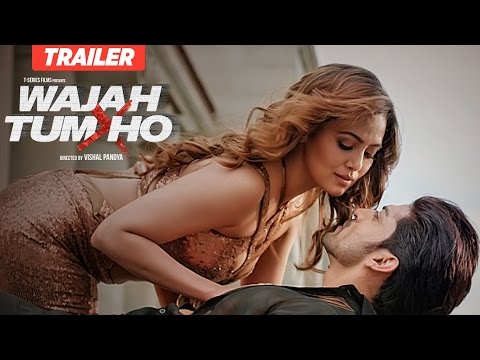