Nara Rohith is noted for his intense performances and powerful dialogues. Wearing a Khaki again which is his forte, Rohith this time is coming as Appatlo Okadundevadu. Inspired from the true events of 1990s, the film's trailer looks promising.

Director Saagar K Chandra, who earlier made Ayyare, is now attempting something different from his previous and looks like there are powerful face-offs between Rohith and Sri Vishnu (seen as a cricketer and criminal).

As Brahmaji correctly says in one of his dialogues that film has complete fights right from the beginning to the end, it's interesting to see. Going by the trailer, the film seems to revolve around money, real-estate deals happened in 1990s. 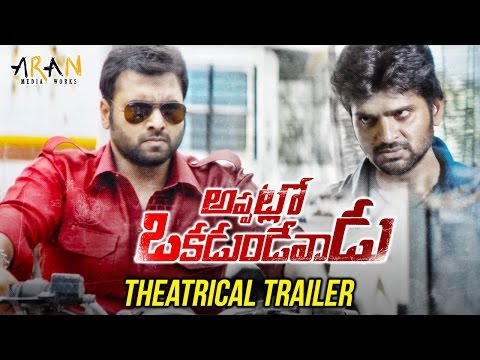