Telangana IT Minister K Taraka Rama Rao who graced the Dhruva pre-release function yesterday has made some shocking statements in regard with Megastar Chiranjeevi and most importantly about building his body soon. He started to say the kind of bond he shared with Ram Charan and his father Chiranjeevi.

He remembered the days in Assembly and called Chiru to be a very good person. The moment he started to mention about Powerstar Pawan Kalyan, the same yells took off.Ending his speech, KTR said that he was very much impressed to see Charan’s makeover for the movie and this inspires even him to start hitting the gym. While other prompted saying six pack, KTR laughed and said that six pack cannot happen and so a two pack is enough for him. Well, we are quite excited to see KTR fit ​and what about you? 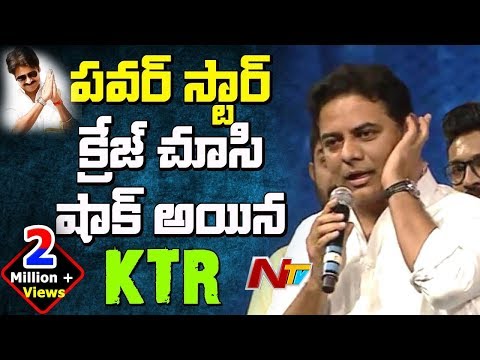