YOU – The essence of my life…the soul of my expressions. The partner who fills my thoughts most part of the day. The submissive actions, the mute conversations and the mutual passion we exchange each day. The undeniably warmth of love which is formless yet as strong as a hug.

‘Neeve’ is a musical video and a dance ballet has all the ingredients of love. A musical dance sojourn that has been crowdfunded raising over 200k+ through Facebook campaign.

A unique concept of going for crowdfunding had raised the inquisitiveness of the musical tryst since the beginning.

The concept fell in the right hands of Gomtesh Upadhaye who is the Director and Cinematographer for this classical.

Joining him in the journey are Phani Kalyan the composer of the song, performers Shreya Deshpande and Niranjan Harish which was choreographed by Vishwakiran Nambi.

Since the release of the video four days ago, it is slowly turning into a frenzy with music lovers truly appreciating the attempt.

Yazin Nizar and Sameera Bharadwaj delivered soulful renditions that just mesmerizes and blends into the video. But the star of the video is none other than Phani Kalyan a prodigy out of A.R. Rahman’s KM music conservatory.

His music will leave you thousands of miles away from the city jams, leaving a sense of partner companionship. Such songs are hardly made and yet they resonate for a life time.

Songs such as Manohara from Cheli, Snehituda from Sakhi, Edo Adagana from OK Bangaram that strike your mind. Yet the harmony that the song stirs will leave you wanting for more.

The video has also been made in Tamil and Kannada and is slowly working towards achieving sensation. Seldom are such songs made, yet when made they leave an indelible thought in your minds. Kudos to such an effort in the form of Neeve!! 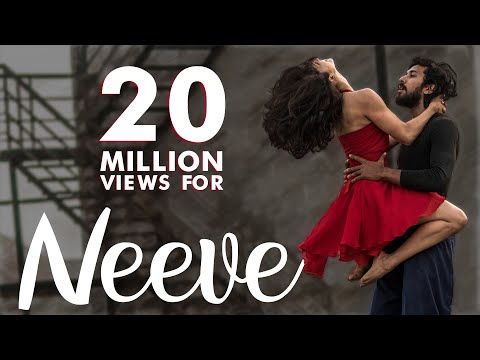