Overseas market for Telugu Films, is a crucial market and from past decade the films recovery and profits are seriously basing on this market as well. Mainly, OS market for Telugu Films is USA, as many Telugu people and South Indians are settled in US for studies and jobs. All the star heroes target their films to do well there and also with the premieres response even social media always for the positive or negative talk from there.Big stars like Mahesh Babu, Pawan Kalyan, Nagarjuna, Jr. NTR have noticeable following there with each of them having films that crossed million dollars mark. Films of Pawan and Mahesh have big premiere releases and the collections are tracked by their fans and trade pundits quite closely. This year, Soggade Chinni Nayana, Nannaku Prematho, Oopiri, Kshanam, Pelli Choopulu, A..Aa, Ekkadikipothavu Chinnavada, Janatha Garage, 24, Brahmostavam, Sardaar Gabbar Singh got the cash registers rolling in USA.While all the actors have a decent to good following in the US market, Ram Charan is reeling behind in this aspect. His movies haven’t crossed a million and even the premiere numbers haven’t been promising of his previous films.
He is looking to change that with his Dhruva. He trusted the Thani Oruvan subject lot and took a lot of time to get into a particular shape and he is happy with the way, Surrender Reddy made the movie.Ram Charan along with Aravind Swamy wants to visit various premiere locations in USA and he is hoping this will help the movie opening big time and push his movie to score the magic number, million dollar.
The film is releasing in 200 locations and this is a huge number for any film. 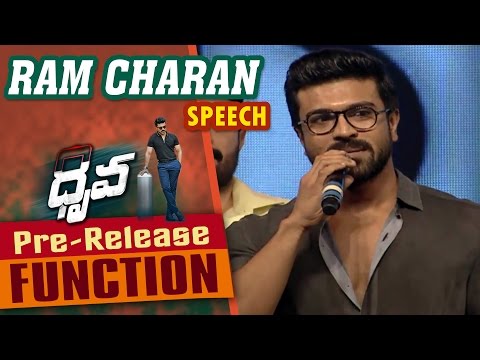