Top Telugu Anchor Suma finally gets her due Star anchor Suma is one celeb who has been the backbone of many Tollywood events from the past twenty years. Every top event from the industry is anchored by her and the grace and dignity with which she runs the show is just tremendous.Though she is the most sought after anchors for such shows, her hard work is never appreciated much. But as they say, good things only come in huge packages, Suma won compliments from none other than Union minister Venkaih Naidu.Speaking at the event, Venkaih Naidu hailed Suma for embracing the Telugu language and culture stunningly. The icing on the cake was when he request everyone that one should get inspired from Suma and give respect to our Telugu language which has become quite rare among today’s generation. 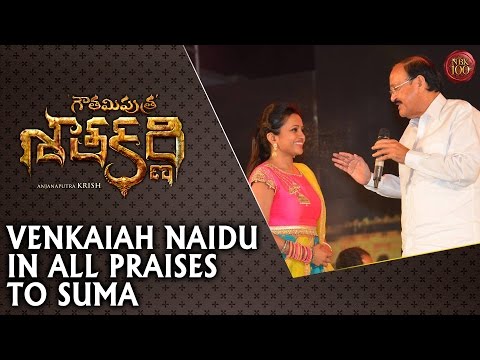